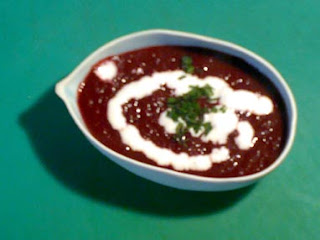 As regular readers of this blog well know, borscht has been a recurring theme. Way back on Day 12, Lou essayed a recipe so simple that we could hardly call it Borscht since it was basically a beetroot puree. Then I had a go with a recipe from the Soup Bible. Then I had another go and so did she. By now, I reckon we're about ready to settle upon a definitive recipe.

Borscht is traditionally made with beef stock, so the main issue with making a vegetarian version is how to get that flavour and the secret is: Marmite! Not just Marmite, but mushrooms, too, sweated right down in the mirepoix to surrender their bosky essence. Like this:

For the mirepoix, you will require a pound or half a kilo each of onions, carrots and celery, plus half a head of garlic. Buy five kilos of beets, four decent sized Bramley cooking apples, and a 750g punnet of field mushrooms. You'll also need cream or yoghurt and chives or dill for the garnish. I like thick Greek yogurt thinned with a little lemon juice to make it runnier and a clump of chives one can cut straight into the soup with scissors.

1. Roughly chop the onions, carrots and celery and sweat them in a splash of oil in the bottom of your soup pot with the peeled and crushed garlic. Keep the lid on the soup pot to keep the moisture in, but stir the contents often.

2. Next, add the mushrooms. You don't have to bother chopping them. You'll want to sweat them right down and they will release a lot of moisture. Keep the lid on, but keep stirring.

3. Apples are a bit of a controversial ingredient, but add a delightfully fruity note. Peel, core and chop the Bramleys and add the to the pot, stirring them into the mixture.

4. As the soup pot continues to cook over low heat, peel and chop the beets. Add them to the pot, stirring them into the mirepoix, and add sufficient liquid to cover, probably two litres. You need a dark vegetable stock: Marigold bouillon mixed with a dessert spoon of Marmite per litre.

5. Boil the beets quite vigorously for half an hour until they're soft enough to be blended and then liquidise, homogenise and blend, blend, blend your borscht. Add more liquid to create a silky texture and achieve your desired consistency.

6. Serve with an optional swirl of yogurt, or cream, chopped chives or dill, and black pepper. 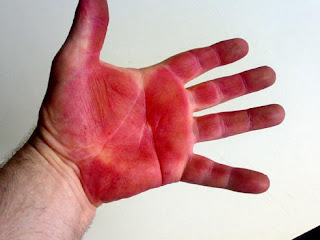 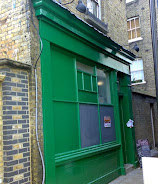